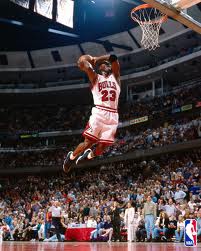 The greatest player of all time was his most productive from 1990 to 1998. You often hear about Michael Jordan’s six championship rings and the six Finals MVP’s that came along with them. His Chicago Bulls compiled two different “Three-Peats” and were never pushed to a game seven. Jordan won 25 of his last 26 playoff series.