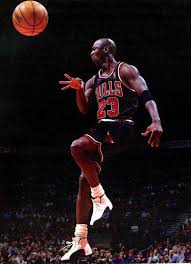 It’s been 20 seasons since Michael Jordan added his sixth ring and retired as a member of the Chicago Bulls.  From that time to today, there has been a dramatic shift in how people perceive MJ.

Jordan is the greatest player I’ve ever seen, in any sport. The first 10 years after hitting that shot at Utah, he was actually overrated. Really!

Fans said he was WAY better than Magic and Bird. I had to explain it was closer than that.

They said Pippen was a joke. The focus was on how he was NOT a top 50 player. They talked about how in his first few years he was essentially a nobody. I was told how Michael had to push him physically and challenge him mentally. It was said Michael created Pippen. I had to tell them regardless of that, Scottie was anywhere from the 4th to 13th best player in the world on six championship teams.

People said Rodman was a detriment. They said he was a distraction, Apparently all he could do was rebound, and was not worthy of the Hall of Fame. I would talk about the energy he created to change crowds and games nightly.

Hakeem and his Rockets still don’t get enough credit for their back to back titles in the mid 1990’s, because Mike was playing baseball.

Even from people who hated MJ, his reputation became inflated. It’s like he never missed a shot, never lost a game, and never failed in the clutch.  The idea was “Air Jordan” couldn’t possibly have a flaw or have done anything wrong on the basketball floor. As a Washington Wizard, he was still a legit All-Star (top 24 to 30 player). He was viewed as a mythical figure, even as he now had cracks. I had to bring up  the mistakes, and the failures. Jordan was not perfect, he’s just the closest thing to a perfect player I have seen.

Kobe was a sobering figure in some ways. Not only did he play like Michael, he came awfully close to being as good. His career reminded us, legends keep coming and number 23 was probably a human being. LeBron James is the real deal. He is worth the noise he creates in sports. He also has legions of fans (who never saw prime Mike) making up lies and trying to alter the narrative on Jordan.

All of the sudden in 2018,  being undefeated and never being pushed to seven games in the Finals is not that big of a deal.

There is now this hilarious take that “Jordan never beat great teams in the Finals.”

Some TV personalities say with a straight face that Michael had help on his early Chicago teams, and underachieved.

The once ultra criticized  Scottie Pippen is now said to be among the VERY BEST to ever play, and MJ could never do anything without him.

There is this idea brewing that Michael was mostly a scorer, and may have lacked a complete game.

I’ve heard his numbers somehow have flaws compared to others.

I saw Jordan. He was the most complete, fundamentally sound player I have watched (he hit his free throws too). He was the most fierce, the most athletic, and creative. His ability to close games and choke teams out was THE KEY to his biggest victories.

No Michael could not average 50 points if he wanted, and he could not win games simply by using the force. If you are invested in LeBron’s climb up the ladder, put your focus on him. If you are trying to diminish who Jordan was, you are playing the fool.