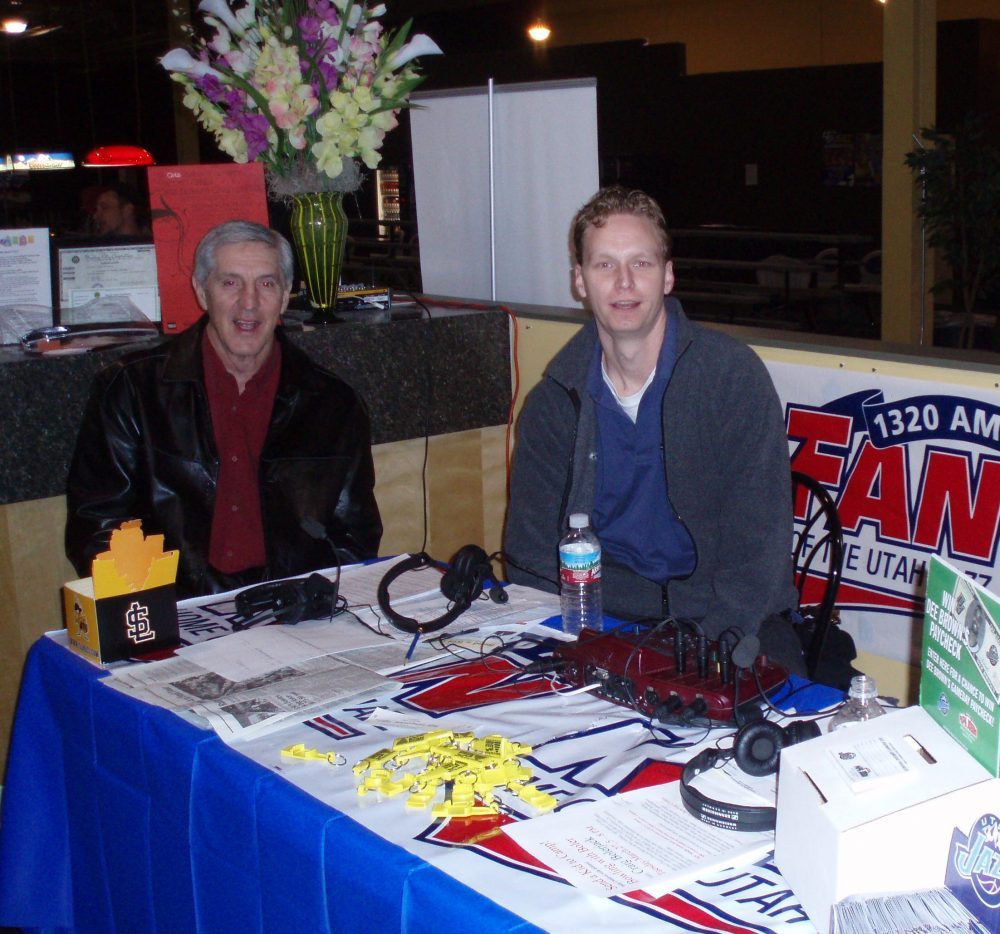 An NBA legend passed away today. Jerry Sloan was a special part of the culture here in Utah. Much love to his family and all of those that cared for him.

It was winter time, 1988. I was sitting in my bedroom listening to the Utah Jazz radio network. That’s how I rolled at age 13. They announced Frank Layden was stepping aside as head coach of the Jazz. Apparently assistant Jerry Sloan was taking the reins.

I knew his name. He was a former player. He was a defender so ferocious he often looked ready to bite. His nickname was “the Original Bull.”

Layden said Jerry was very capable of doing this job, and could take Utah to the next level.

We could not have imagined Sloan would be on the sidelines for 23 years.

He went to the playoffs in 15 straight seasons, including back to back Finals appearances.

His best coaching job may have been in 2003-04. He had a squad that some said “could end up with the worst record in league history.” That team went 42-40.

As Hubie Brown put it, “there are not guys who can say year in and year out that they maximized their potential as a team, more seasons than Jerry Sloan.”

Jerry embodied hard, honest work. He was an early to rise, lunch pail guy. He was no nonsense. He was farming and John Deere. Sloan was old school tough. I imagined him having leather hands and lighting matches off his palm.

MY MEMORIES OF COACH JERRY SLOAN

He’d say, “The thing I like most about Sloan is when there’s action that breaks out and there could be fights……..He’s like the ultimate guy that has his player’s backs. Do you see how his assistants have to hang on him to keep him off the floor? For three seconds the other night, I thought he was capable of kicking Alonzo Mourning’s ass. He’s a hard nosed, loyal dude.”

I got to spend some time around Jerry from 2000 to 2010. Most of it was during Utah Jazz home games.

My assignment was usually to cover the road locker room. I remember a particular night where I needed to go over and get sound from the Utah side of things. This was a rare off night for the Jazz at home, which they had not played well. Jerry came out and was ready to talk. We all had to wait for a particular TV crew before we could get started. He seemed tense over the defeat.

There was eight or nine of us crowded around him in awkward silence. I was two feet in front of Jerry and face to face. We needed a tension breaker here. I remembered he was close friends with a buddy of mine.

I spoke up and said, “hey coach, you and Tony Abbott been hunting?”

He smiled. His body language changed. I don’t even remember what he said. He went from a potentially harsh to deal with competitor, to making us all feel like he was our uncle Jerry.

“Hot Rod” Hundley would conduct an interview before each game. It was called “The coach Jerry Sloan show.” This would take place about an hour before tip off. Sometimes I’d sit close by and listen to the exchange. One day after completing an episode, “Hot Rod” saw me and said (yelling) “Jerry this is “Jaybird.” He watches all the games. He grabbed Sloan’s arm and said, “and I mean ALL the games.”

Jerry reacted to me like I was ten feet tall.

I think he was giving respect to Rod Hundley. It’s like he was saying, “IF ROD SAYS your’e that invested, I’m impressed.”

The way NBA people admired Jerry Sloan will always be at the forefront of my mind.

Teams that came here, often lost. Athletes are human and have different emotions. I always had backup questions in case I got in a jam. The card that never failed me was asking an opponent about coach Sloan.

The NBA drooled over Jerry. It was a league wide echo. They knew his teams were smart and physical. They knew his squads were going to execute. A team made in Sloan’s image would not stop competing.

Regarding motivation and doing my best, I’ve always been hard on myself. When I was in my mid twenties I told my mom, “I wish I could hire Jerry Sloan. He could come crashing into my room early in the mornings, to help give me urgency.”

I soon figured out Jerry wasn’t coming through that door and I was going to have to do it myself. Of all the people who could push me towards a goal, it’s fitting that I chose Jerry.

Sloan was one of the best defensive players of all time.

He was the first Chicago Bulls player to have his number retired.

His coaching impact will last forever.

They were the ultimate duo.

Today is a good reminder, they were a trio.