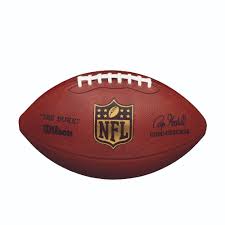 This last weekend the Pittsburgh Steelers and Detroit Lions ended their contest with 16 points a piece.

It brings up an annual debate with my buddy Jon Brown.

“The tie” comes with a pretty negative reputation. It’s been compared to “kissing your sister.”

I’ve noticed fans and even players often see it, as a loss. It’s this disgusting label that’s been dropped on everyone involved.

It’s viewed as the ultimate waste of a day.

Being equal, is apparently the same as being less than.

I understand the win or nothing attitude.

I get it. You don’t show up to lose or come out even.

Having the same amount of points as the clock hits zero, means something different to me.

AN NFL TIE IS CLOSER TO A WIN, THAN A LOSS

From the perspective of a crazy, attached fan….

Unless you win a Super Bowl…..

The low of losing is worse, than the high of winning is great.

When I was younger, I took this Dallas Cowboys thing way too serious.

Sometimes, it could make the rest of that afternoons NFL action, look sickening to me.

It may bother me until the following Thursday.

Don’t get me wrong.

It’s more like a relief, than some extended party.

I’d be grateful, but then the greed of winning kicks in.

I’d start thinking ahead to next weeks opponent.

Are they healthy? What are their strengths? What will the weather be like in that city?

Of course it’s exciting watching the rest of the days games. Let’s observe others have triumph and misery.

Bigger than the win earlier, is the fact YOU DIDN’T FREAKING LOSE!

I understand that simply not winning, can hurt your team in the standings.

There hasn’t been a perfect tie since Rocky 3.

They don’t happen that often.

Supporters of the 0-8 Lions probably had a nice Sunday.

YOU DID NOT LOSE!

A tie is closer to winning, than losing.