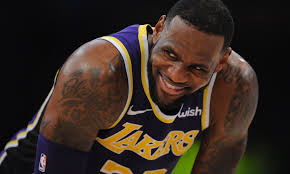 LeBron James has impacted pro basketball in a lot of ways. He is considered by many to be the best athlete in NBA history. He has been at the forefront of player mobility. James has played his career during the noise of social media. That means LeBron has had to deal with more intense criticism than most. It also means he’s the most hyped and talked about.

LeBron is getting too much credit for something.

In recent day’s I’ve noticed a new narrative. The talented Colin Cowherd, Nick Wright, and others have said, “LeBron has made the game positionless.”

No one person can be responsible for that.

Versatility comes in many forms.

Wilt could average 50, and later lead the league in assists.

Larry Bird was the most feared clutch shooter. He passed and rebounded every bit as good as LBJ.

Prime Jordan was the definition of not having a weakness. A Defensive Player of the Year, who scored 35 a night. Most complete player.

Dirk Nowitzki was a seven footer shooting the lights out from three.

How about the 7’3″ giant Arvydas Sabonis? He passed the ball as pretty as any small man.

Hakeem playing center, tied for third in steals in 1988-89. He could evaporate space and defend anywhere on the floor.

“I think the 1990’s was that transition from….your’e a post….your’e a shooting guard….your’e a three…..now you don’t know. What are you? These guys can do anything.”

Point guard Magic Johnson jumped center in the 1980 NBA Finals. He played every position on the court. He dominated and was the series MVP at age twenty. LeBron would be born four years later.

Scottie Pippen and Grant Hill. They could handle, drive, and make plays for others. Both could defend, and put a jumper in your face. They were the first “point forwards” I remember.

Kevin Garnett could do it all. I saw the 6’11” KG play the point in isolated quarters, on  a number of occasions. He was in the league eight years before James.

Look at what Kevin Durant can do! Would he not have become KD if not for James? He’s only four years younger.

LeBron might be the most versatile player to ever live.

That doesn’t mean he made basketball positionless.