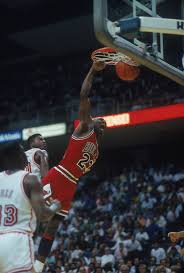 We already know Michael Jordan has amazing stats and accomplishments.

Jordan was a scorer. We know this as well.

To say he was a shot taker and shot maker, would be under selling it.

In terms of overall points per game, with all those he shared the floor with, he was outscored by ONE guy.

The only guy to out average MJ in post season points?

Rookie “Air Jordan” was on his tail dropping 29.3 a night.

As a side note, the Bucks won 59 games and had Sidney Moncrief (2xDPOY).

In total, Michael (with the Bulls) had 1, 252 chances to be outscored.

WHY IS THAT SO LOUD TO ME?

Because it’s not about the buckets.

It’s about domination of a craft.

Think about the intensity MJ put into defense.

He wanted to be the greatest every night.